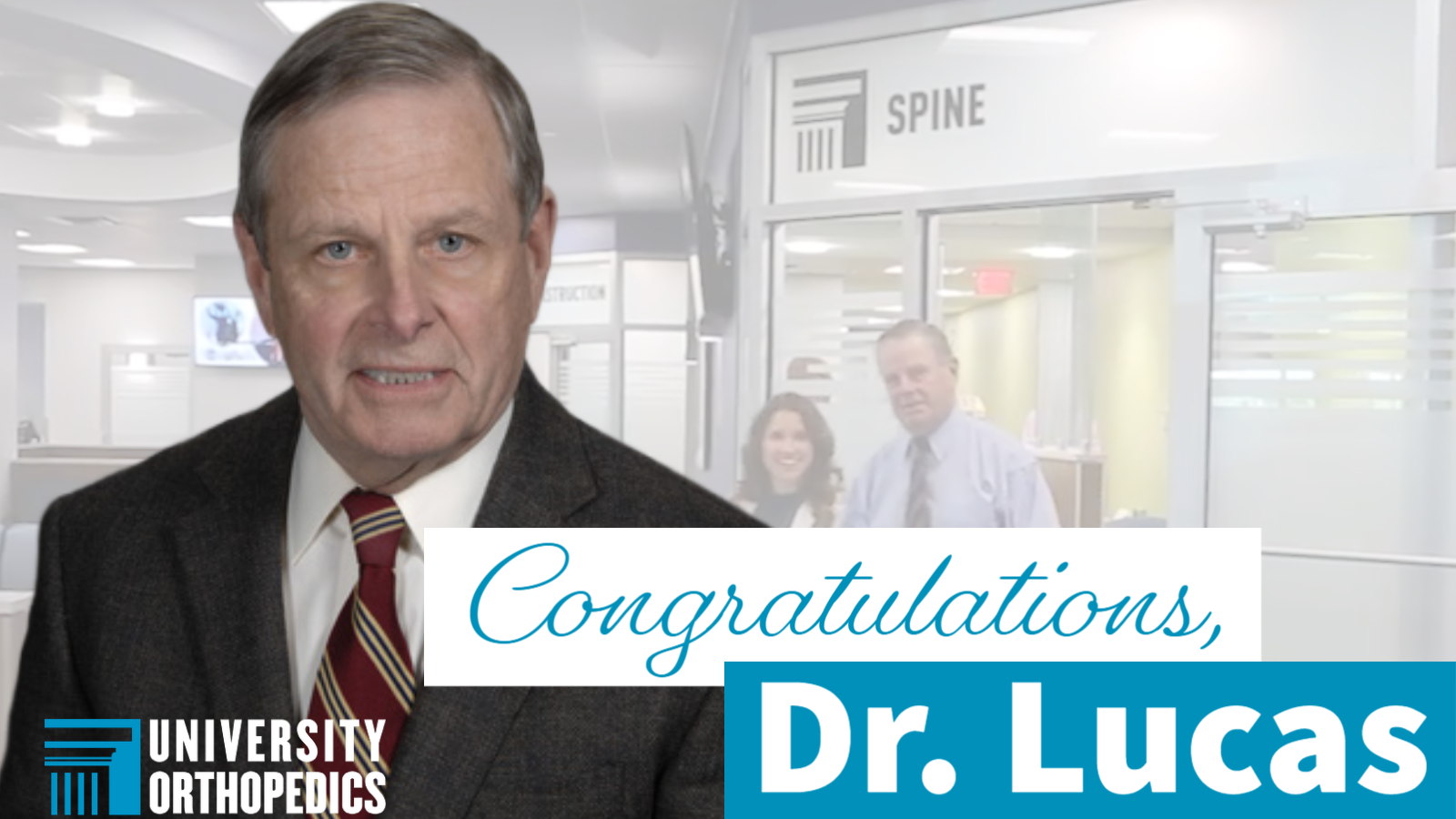 University Orthopedics congratulates both Dr. Lucas and fellow award recipient John M. Conte, MD, a board-certified in internal medicine, rheumatology, and geriatrics and is an assistant clinical professor of medicine at The Warren Alpert Medical School of Brown University.

Below is an extended version of Dr. Lucas’s portion of the awards ceremony.

Phillip R. Lucas, MD, is a specialist in Orthopaedic Spine Surgery at Rhode Island Hospital. Dr. Lucas completed fellowship-training in spine surgery with Dr. John Kostuik at the University of Toronto. The majority of his patients suffer from pain and disorders involving the neck and lower back. Spinal disorders may include a variety of problems, from pain to severe injuries and deformities. State-of-the-art surgical and minimally invasive procedures are employed, combined with a comprehensive rehabilitation program. Treatment involves a thorough evaluation, followed by development of a definitive plan, specific for each patient. The goal is returning to an active and healthy life.