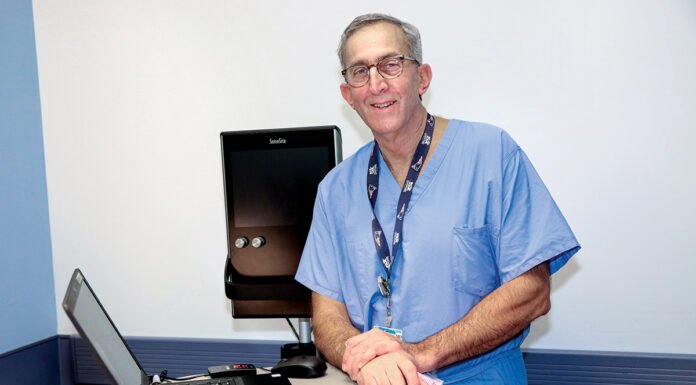 Several other University Orthopedics surgeons are part of The Miriam Hospital’s Total Joint Center, including:

Morse also interviewed John Bush, a patient of Dr. Cohen’s. Before surgery, the South Kingstown police officer was in so much pain found it hard to do much, including play with his small children. The former URI football player was referred to Dr. Cohen and the Total Joint Center by his former coach.  Bush, who stayed at The Miriam just one night, has since returned to active duty and his boys, ages 2 and 5, now have their dad back.

“I can now be active with them at the park, chase them around the park. I can play football with my oldest son now,” added Bush.