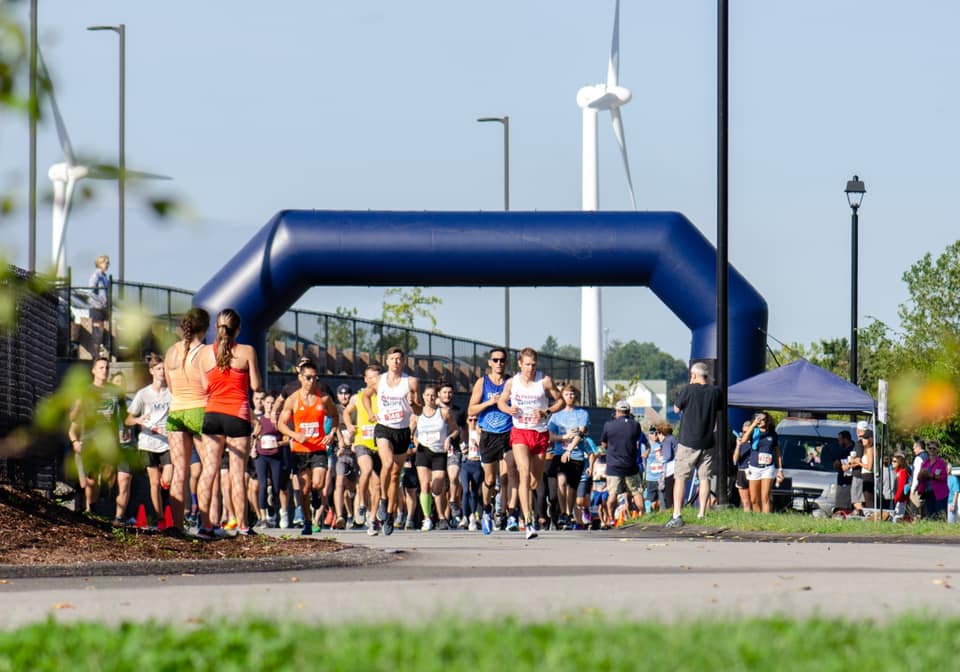 The event took place along the East Bay Pike Path near University Orthopedics’ Kettle Point location and raised more than $30,000 for The Tomorrow Fund, a non-profit that helps children being treated for cancer at Hasbro Children’s Hospital and their families.

It’s the second running of the charity race, but the first since University Orthopedics renamed the event in honor of the late Dr. Mark Palumbo, a spine surgeon at the practice who passed away in 2019. His family members – who have supported The Tomorrow Fund for several years – played a vital role in planning the event and greeted participants at the starting line.

“This is the first year of having this event renamed in honor of my father, Mark Palumbo,” said his daughter Kristen Palumbo, who is also a physician assistant at University Orthopedics. “My father was a renowned spine surgeon for over 20 years at University Orthopedics. He dedicated his life to helping and improving the lives of his patients. Having this race in honor of my father is important to my family because we can now work together with this community each year to keep his memory alive.”

WPRI 12 Meteorologist Michelle Muscatello was the event MC and helped unveil a new plaque that will feature the names of race winners for years to come. ABC 6 also was on hand for Sunday’s race.