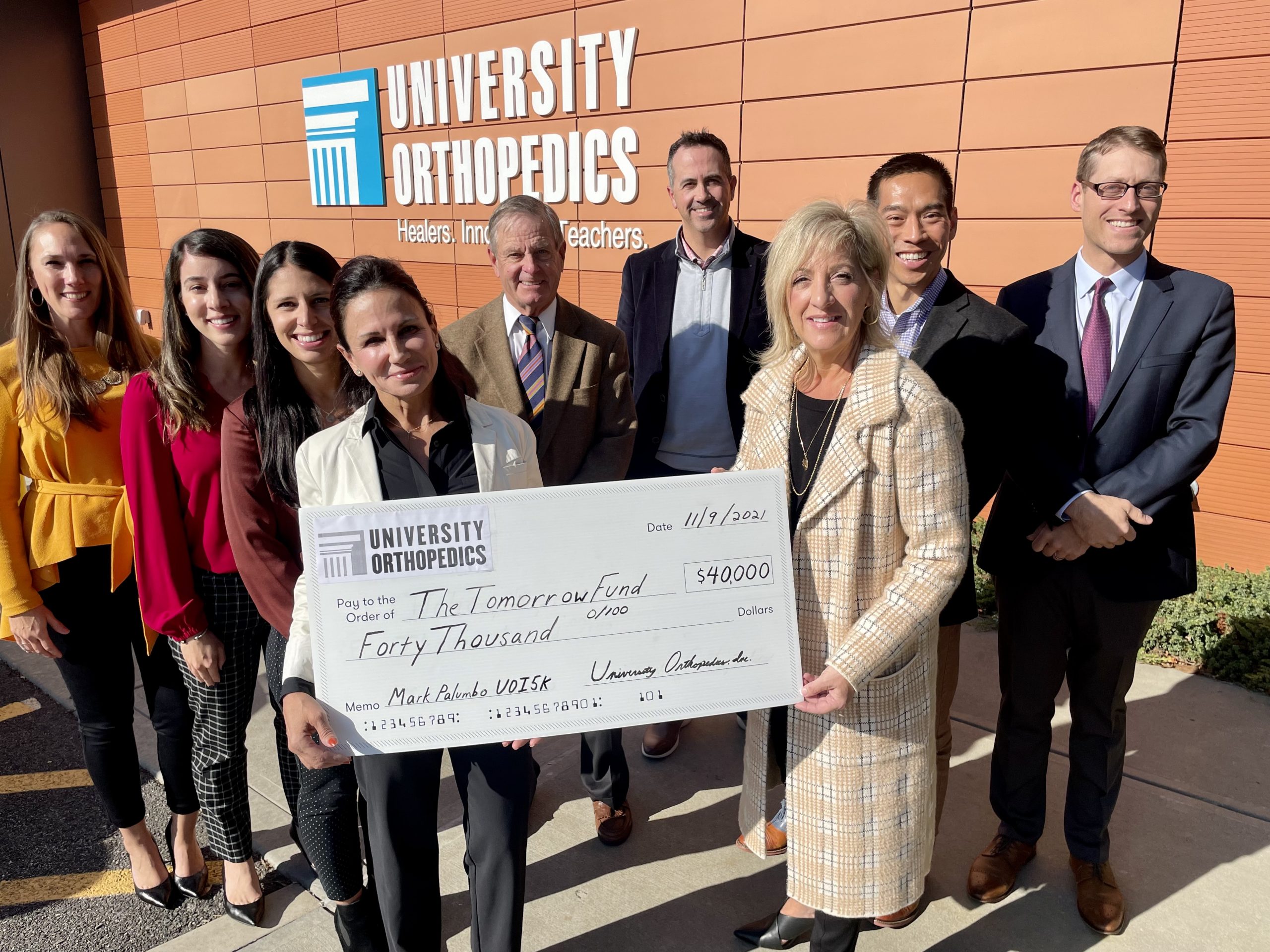 “It’s astounding. $40,000 is a tremendous amount of money in general and to raise that much with just one event is just amazing,” said Lisa Abbenante, executive director of The Tomorrow Fund. “Having a fundraiser of this magnitude really makes a tremendous amount of difference in making sure our programs continue in a forward motion.”

The September 19 event along the picturesque East Bay Bike Path was the second running of University Orthopedics’ 5K and the first since the race was renamed in honor of Dr. Mark Palumbo, a renowned University Orthopedics spine surgeon who passed away in 2019. In addition to being a highly regarded doctor, he was also extremely active in the community. The Palumbo family has supported The Tomorrow Fund and held active roles with the Providence, RI-based charity for many years.

“Everyone who showed up for the race was there for a purpose. Whether that purpose was to honor Mark or to support an organization that is so passionate about helping kids with cancer and their families, we are thankful for all who contributed,” said Anne Palumbo, Dr. Palumbo’s wife. “Mark had a great deal of respect for The Tomorrow Fund. As a family we are grateful for University Orthopedics to host this event and keep Mark’s legacy going.”

Funded entirely by the generosity of donors, The Tomorrow Fund provides vital support for children with cancer and their families – from parking fees to housing and travel assistance. The organization’s ultimate goal is to make a frightening and traumatic experience a little less daunting for all members of the family.

From Gray Matter Marketing, which handled race-day operations, to local businesses and organizations which made monetary and raffle donations, University Orthopedics’ partners were vital to the success of this year’s race.

“It is part of University Orthopedics’ mission to give back to our community and it’s truly humbling to see hundreds of people help us fulfill that mission,” said University Orthopedics President Dr. Edward Akelman. “This event was a huge success thanks to our dozens of partners who stepped up in not only helping us honor our late colleague, whom we profoundly miss, but also helping The Tomorrow Fund carry out its mission of helping children with cancer and their families,”

More than 300 people took part in the Mark Palumbo Memorial University Orthopedics 5K, which started at UOI’s Kettle Point campus in East Providence and continued along the East Bay Bike Path with beautiful waterside views of the Providence skyline. John Schilkowsky won the men’s race and Andrea Gregory won the women’s race. Their names will be placed on a plaque that was dedicated in Dr. Palumbo’s name prior to the start of the race.