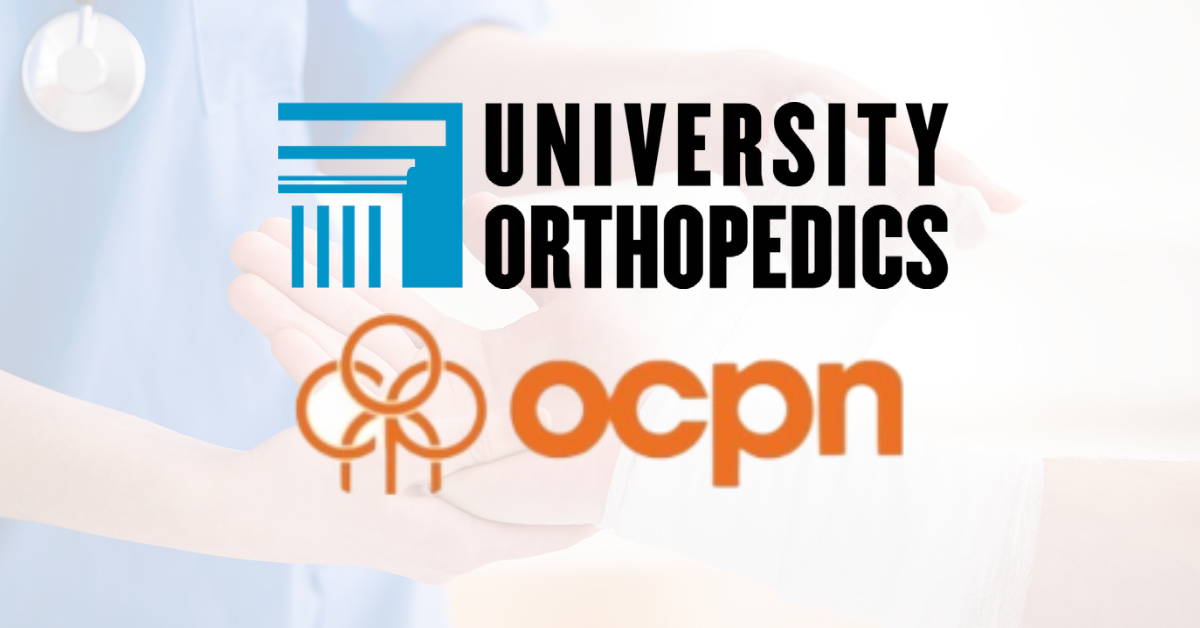 Effective July 1, 2021, the partnership will include 13 locations across Massachusetts and Rhode Island. The University Orthopedics family will consist of nearly 650 employees including more than 60 physicians, 45 advanced practice providers, 50 therapists, and numerous residents and fellows.

“Our mission at University Orthopedics is to provide the highest quality orthopedic care integrated with world-class education and research. In support of that mission, we have focused on expanding our services, our locations, our providers, and staff in a manner to best support that mission,” said Edward Akelman, M.D., President of University Orthopedics. “When the planning process began for our new location in Mansfield – which just opened a few weeks ago – discussions about potential collaborations with OCPN manifested. Fairly quickly, we came to realize that many similarities existed within our organizations, and it became apparently clear that a partnership just made sense.”

“Just like UOI, patient-centric focus and high-quality care provided by great staff and providers are at the core of OCPN’s mission. With great enthusiasm, I believe this relationship to align our missions will allow our organization, as one the largest independent orthopedic groups in the country, to provide world-class, cutting-edge and compassionate care to our communities,” Cornelissen said.

“In the last three decades, University Orthopedics has become the leader in providing orthopedic care to the people of Rhode Island due to the hard work of our staff. OCPN is already a high-performing organization and together we are confident that we will continue to do great things in Massachusetts,” Akelman said.

With locations throughout Southeastern Massachusetts, OCPN already has deep roots in the community. UOI hopes these additional locations will enhance its newly formed partnership with the Massachusetts Interscholastic Athletic Association.