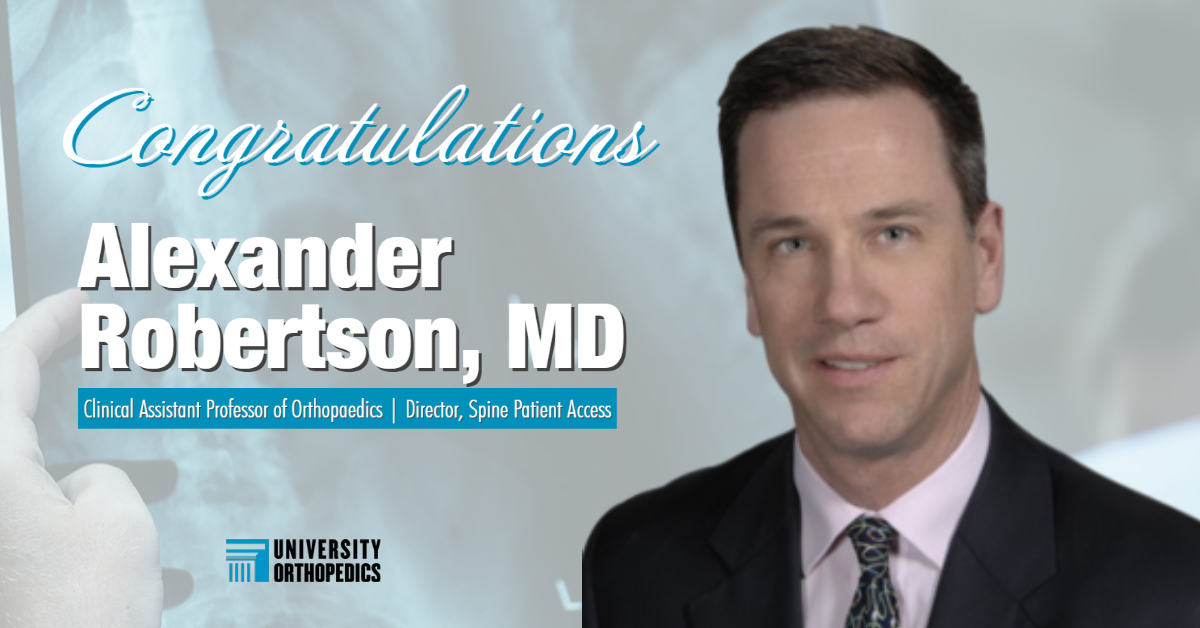 University Orthopedics prides itself on not only being healers and innovators but also teachers. That’s why the practice is thrilled to announce Dr. Alexander Robertson, a spine surgeon at University Orthopedics is the recipient of the 2022 Excellence in Teaching Award at The Warren Alpert Medical School of Brown University Department of Orthopaedics.

This honor is awarded by graduating chief residents annually to a faculty member who has demonstrated excellence in teaching and mentorship through their residency years. Despite the faculty having received national-level recognition on multiple fronts, this is often viewed by the faculty as the most meaningful award of their careers.