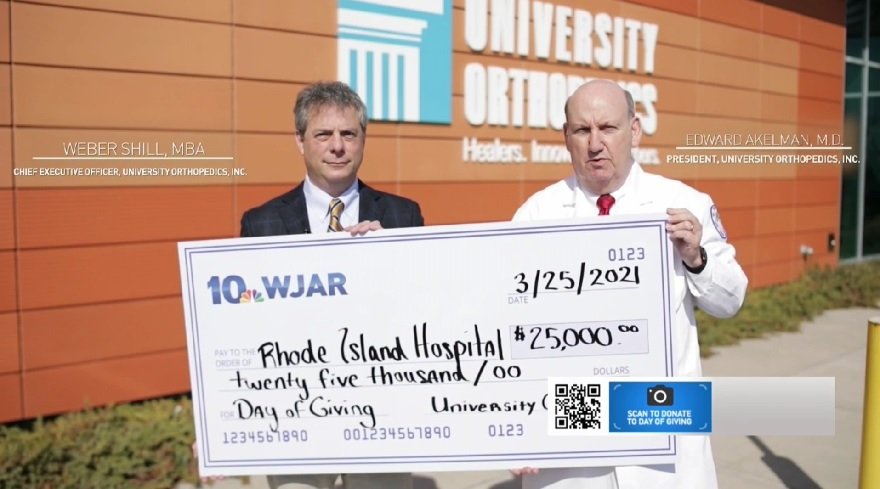 University Orthopedics CEO Weber Shill and President Edward Akelman, MD recently told Channel 10 about the impact Rhode Island Hospital has had across Southern New England, and why their organization felt compelled to be one of this year’s presenting sponsors for The Day of Giving.

Dr. Akelman has been practicing at Rhode Island Hospital for 34 years and said UOI wants to do everything it can to give back to the facility, which has proven to be a vital resource for not only the state but the entire region.

“It’s fantastic that the people of Rhode Island and Southern New England have the resource of Rhode Island Hospital so they don’t have to travel to get high-quality healthcare. It’s as good as any other place in the United States,” Akelman said. “I am so proud to be affiliated with such a great institution.”

The day-long telethon on WJAR-TV showcased the hospital’s commitment to patient-centered care and its responsiveness to the ongoing global pandemic. The funds raised during the March 25 event – including $25,000 donated by UOI – will support Rhode Island Hospital’s Fund for Excellence, enabling program improvements that directly benefit patients and their families.